We are excited to share our first guest post by Alli from Creative Exurbia. Alli is a fantastic graphic designer and a close friend of the Crusaders. When Crusader Stacy was returning from Ontario her and her hubby dropped by Alli’s house in upstate New York for a brief visit and Alli had a nice little treat waiting for them.

When you find out your friend Stacy (aka Cupcake Crusader Stacy) is coming to town, you plan to have cupcakes.

About a month before she and her husband were to stop by my place here in the exurbs I was lucky enough to stumble upon a Groupon for  Sweet Sixteen Cafe. The café is located in Lockport, NY — only 25 miles from me — and I had yet to pay them a visit. This was the perfect opportunity!

The Groupon was for six of their award winning cake pops. My mouth watered while reading their menu and because I wanted to be able to taste a variety of flavors, I called the shop beforehand to place an order. I learned that special orders start at a minimum of 50 and that it would be best to just stop in.

So the day before Stacy’s arrival, I headed to Lockport. I was pleased to see that Sweet Sixteen Cafe was a nice looking establishment. I was greeted with a clean, eye catching logo, cute interior, a wall of gift items for sale, an extremely friendly staff and ALL six flavors of cake pops listed on their chalkboard. Hurray!

Come to find out, the baker was coming in that afternoon and they had only seven cake pops in just three of the flavors remaining. Grr. I took what they had left and hoped for them that no other Groupon-holding customer would arrive after me! I was told that I was getting one red velvet, one Nutella, and four pumpkin spice flavored cake pops.

They handed me a beautiful box along with a mini red velvet cupcake. (The mini cupcake was a treat to go alongside my light lunch. It is a bakery and a café after all!) The mini-cake was one bite of perfectly melded flavors. 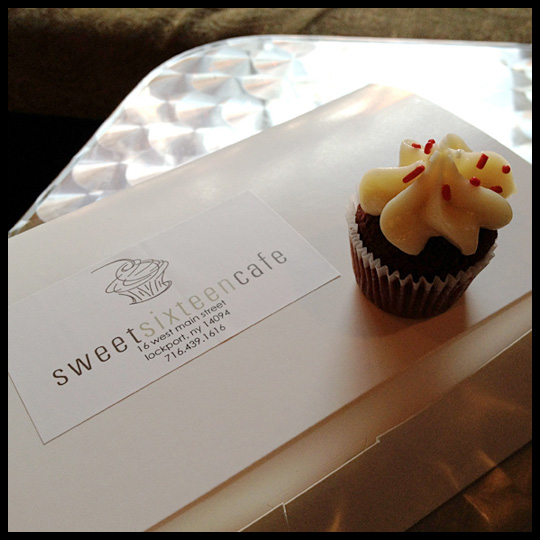 (Cake pops to go, and a small treat while there. Photo Courtesy Alli from Creative Exurbia)

The cake pops were unlike any we had seen. Rather than being ball-shaped they were rectangular as if they’d been cubed from a whole cake and then dipped in chocolate. Each pop had two layers of frosting sandwiched in between three layers of cake. They were stunning! 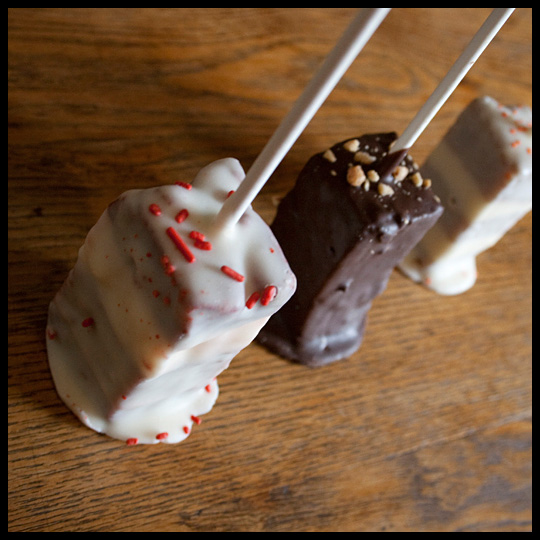 We started with “pumpkin spice” since we had the most of this flavor. The cake was moist and flavorful, but wait. What flavor? Unmistakably, a classic carrot cake with rich cream cheese icing dipped in white chocolate. I was more shocked than disappointed that the staff member didn’t know the flavor she served. However, it was delicious and we had no problem eating all of them. 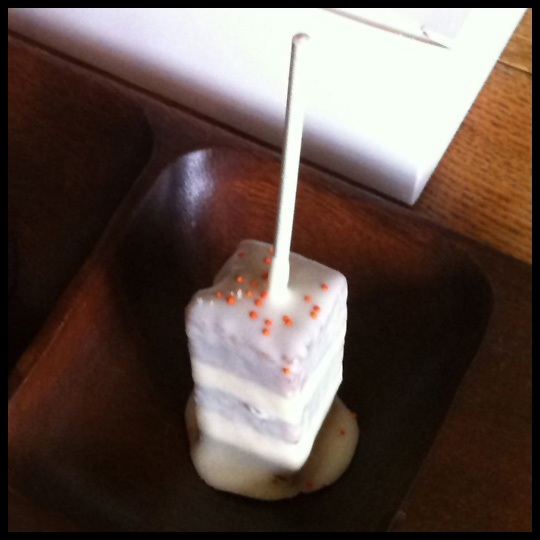 Next up was “Nutella” (or so I was told). Stacy took one look at this cake and knew it wasn’t Nutella. After all, Nutella is a hazelnut spread and this cake pop was adorned with chopped peanuts, not hazelnuts. Hmm. Two for two the staff member incorrectly identified their cakes. Now I was disappointed. As it turns out we were tasting the chocolate peanut butter dipped in dark chocolate. This was, however, our favorite flavor of the day. Peanut butter cream in between dark chocolate cake dipped in chocolate on a stick. Need I say more? 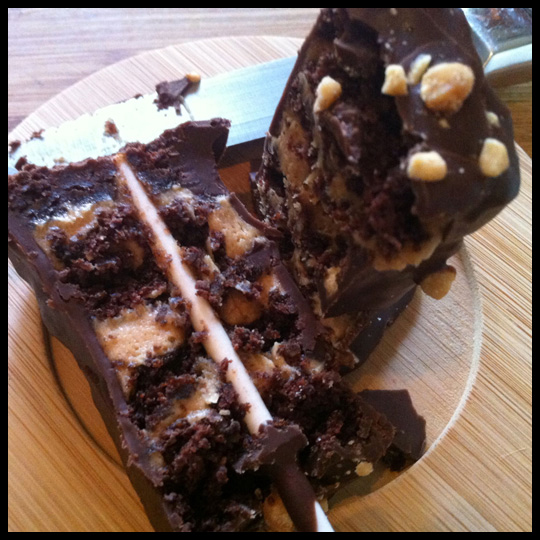 Our final cake pop was, in fact, red velvet. Unfortunately, neither of us were impressed with this one. The menu promised a white chocolate cream cheese frosting, but it tasted more like a basic buttercream. Also, the cake was much too wet and dense. Meh. We had one bite and tossed the rest. 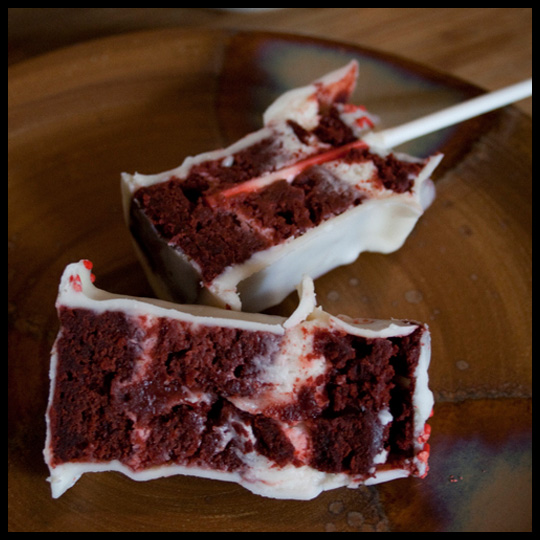 Despite the numerous mishaps, the cake pops from Sweet Sixteen Café were quite beautiful and fun to eat. I’ll definitely be returning to taste some of their other offerings such as snickerdoodle and root beer float, that is, if they can serve the correct flavor next time.