We are excited to share this guest post from fellow cupcake addict Kim of kimberlyloc.com. Every Tuesday for the month of November, check out Kim’s guest posts as she names her top five favorite cupcakeries the Kansas City suburbs. Visit kimberlyloc.com every Tuesday in November to see our top five picks for our favorite cupcake shops in Baltimore City.

I live way too close to some really great cupcakeries. It takes a lot of willpower to not frequent them every single night, but this past weekend, I visited Smallcakes three days in a row to try some new flavors from my second-favorite cupcakery in the Kansas City suburbs.

And of course, on each of those three visits (two to the Overland Park location and one to the Olathe location), the same girl helped me — and recognized me — each time.

But that’s not a bad thing. As one of the most popular cupcakeries in the area, Smallcakes loves its fans and regularly celebrates them with free cupcake giveaways via Facebook and Twitter.

Smallcakes usually has a phrase of the day, advertised via social networks, for people to whisper to the cupcake counter worker, usually reserved for the first 10 customers of the day, for a free cupcake.

While I’ve never been able to make it in time to win one of these, I have unlocked a free cupcake via Foursquare; that coupled with Smallcakes’ always-evolving, delicious menu keeps me coming back for more. (Check out some of my past favorites from Smallcakes.) 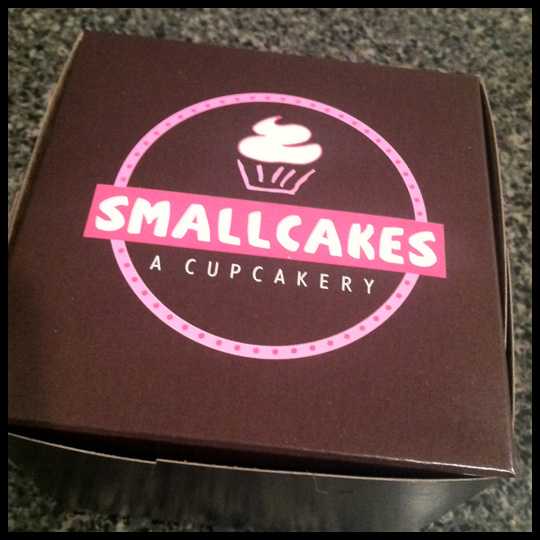 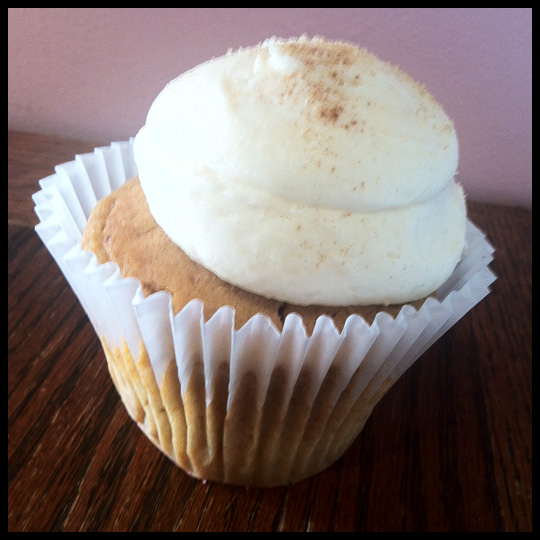 (Why have pumpkin pie when you can have pumpkin cupcakes? The cake was moist yet fluffy and the frosting had a balanced sweetness to it. Photo Courtesy of KimberlyLoc.com) 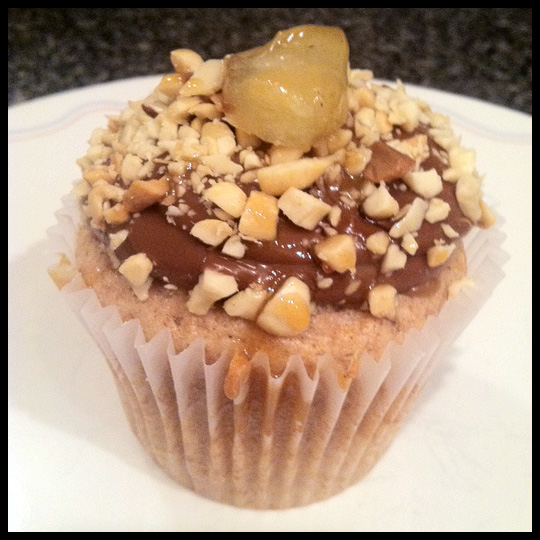 (The best thing about autumn is the arrival of caramel apple everything in candy and dessert shops. Caramel apple cupcakes are a little easier on your teeth — light caramel frosting doesn’t get stuck! I loved the bit of apple on top of this cupcake as well as the delicious caramel frosting and peanuts. The cake was great — very light and fluffy — and I could have easily had seconds of this one! Photo Courtesy of KimberlyLoc.com) 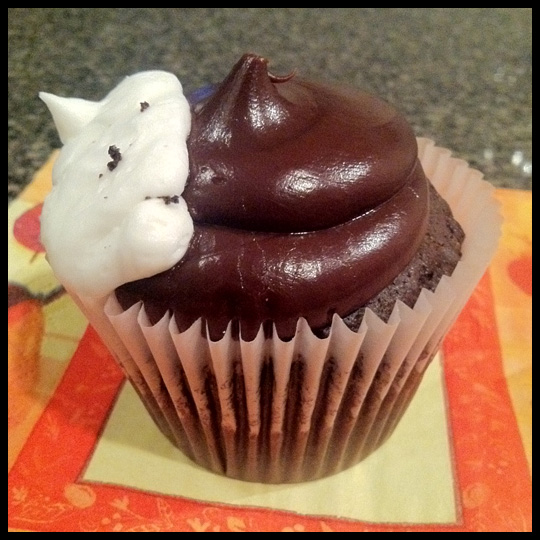 (I tend to stay away from Hostess-inspired cupcakes (ew), but the description and look of this one was too good to pass up: Rich chocolate cake filled with buttercream and topped with fudge icing and a squiggle of buttercream. Yes please. Photo Courtesy of KimberlyLoc.com) 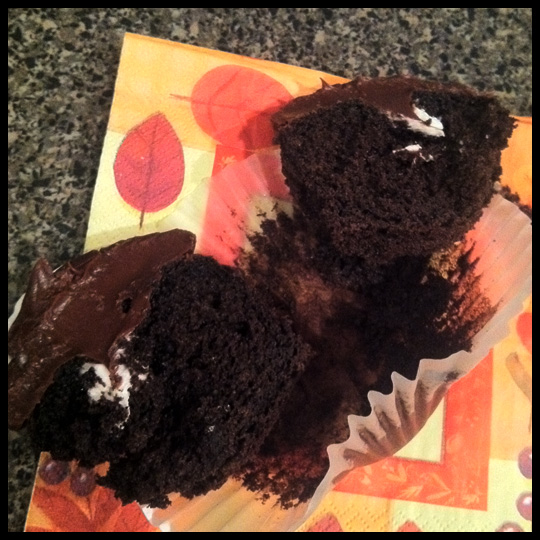 (The hostess cupcake let me down in the filling department, but everything else about it was fantastic. Moist cake, rich frosting, pinch of buttercream — but to me, a Hostess-inspired cupcake should be all about the filling! Photo Courtesy of KimberlyLoc.com)

In addition to catching your eye with gorgeous, creative cupcakes, something else that may pique your interest is Smallcakes’ claim to fame. Cupcakery owner Jeff Martin appeared on Food Network’s “Cupcake Wars” and “The View,” where Whoopi Goldberg named his cupcakes some of her favorites. Besides those two big breaks, Smallcakes saw 15 more minutes of fame during the 2011 MTV Video Music Awards, where celebrities (and probably pseudo-celebs like Snooki) got to taste Smallcakes’ Hot Fudge Sundae (one of my faves!), Cookies-n-Cream and Red Velvet cupcakes.

Smallcakes has three locations within the Kansas City metro area: Overland Park, Kansas; Olathe, Kansas; and Lee’s Summit, Missouri. The most exciting thing about this shop’s success is it’s national expansion. For Atlanta-area cupcake lovers, visit Smallcakes in the Buckhead area. For Baltimore-area cupcake lovers, what are you waiting for? Bring Smallcakes to your ‘hood! 🙂

Check back next Tuesday for the final installment of my top five favorite cupcakeries in the KC suburbs…see who I chose for the coveted No. 1 spot, which narrowly beat Smallcakes!

What are some of your favorite creative cupcake flavors? What do you think about local cupcakeries expanding and offering franchises? Tell me your thoughts in the comments section.