If you celebrate Christmas, I hope that your tree is up, your house is decorated and you have finished all your shopping. Well, maybe you haven’t finished ALL your shopping… but since Christmas is less than a week away, we wanted to share some of our favorite Christmas decorations for your cupcakes so that it’s not just your baking skills that impress your family and friends.

Cupcake Liners
A great place to start when “Christmafying” your cupcakes is with the liners. Here are two that we think would be a great addition to any dessert table: 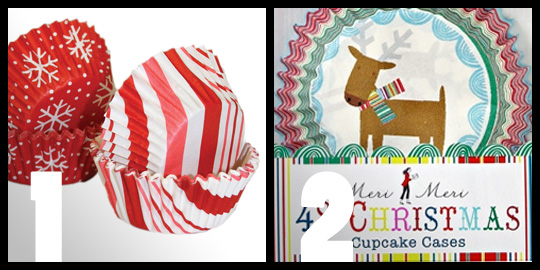 Cupcake Wrappers
If you want to take it just a step further, instead of just using liners, add these cupcake wrappers to any cupcakes for an instant “wow” effect.

Free Printable Cupcake Toppers
Want to show your crafty side, but still want something professional looking? Try out these FREE cupcake toppers printables. All you have to do is print and construct at home yourself.

Decorative Cupcake Toppers
Would you rather purchase your cupcake toppers? No assembly required? How about these options?

Edible Cupcake Toppers
While paper cupcake toppers are great, what about a cupcake topper that you can eat? Here are a couple we love:

Cupcake Kits
Want to get the full package instead of “mixing and matching?” Look at these cupcake kits that include the liners AND the cupcake toppers. 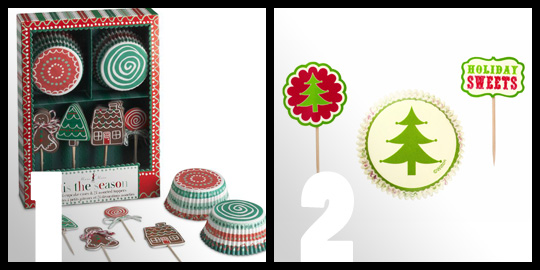 Cupcake Boxes
Giving the gift of cupcakes? Then you’ll probably need some packaging for them. Instead of trying to figure out how you are going to wrap a box of cupcakes, order these holiday cupcake boxes. All the hard work has been done for you!

This time of year can be stressful for some, but don’t let your holiday baking stress you out. Instead, have fun with it. We hope these cupcake decorating ideas have helped spark some ideas!