When I received an email from Your Cup of Cake that had a recipe for Orange White Chocolate cupcakes with a white chocolate ganache and orange buttercream frosting, I knew I wanted to give it a try. I thought the flavor combinations were original and I’m always up for a citrus cupcake! I decided to make these into mini cupcakes, so I could use the old mini cupcake pans purchased on a recent trip to Goodwill.

I thought that it might be simple since the ingredients called for a box cake mix, but this is no box mix! Adding ingredients like buttermilk, sour cream, and egg whites, made this more of a “from scratch” recipe. Creating these cupcakes really was an adventure and there were a few “firsts” to take on. For starters, I had never separated egg whites from an egg – I nailed it! Let’s just say that all those hours of watching the Food Network paid off. Another “first” was making my own buttermilk. While shopping for ingredients, I decided not to buy the big jug of buttermilk since the recipe only called for ¾ of a cup. Using my nifty smart phone, I Googled possible substitutes and found I could use the heavy cream I was purchasing for the ganache and actually make my own buttermilk! The instructions said it would take “several minutes.” Apparently my definition of “several” is a little different, since it took nearly 40 minutes shaking! In the end, however, it was worth it, and I didn’t waste almost a whole container of heavy cream and buttermilk.

Once the buttermilk was prepped and ready to go, I started gathering the other ingredients.

(Some of the ingredients, including homemade buttermilk and a few other items that the recipe didn’t call for, but I decided to include anyway.)

While pulling things together, I thought it would taste better if the cake had some white chocolate and orange flavor. So I finely chopped white chocolate chips, zested an orange, and set aside some fresh squeezed orange juice. This was then added to the cake batter and loaded into the cupcake pans.

(Batter in the pans and ready to go! Loading mini cupcakes pans took a little longer than I expect!)

(I was surprised that even though these were mini cupcakes, the bake time was still the same.)

After letting the cupcakes cool (and getting my baby girl to bed), I began to make the cupcake toppings. This is where I encountered another “first” for me: making my own white chocolate ganache. To my surprise it was SO EASY! 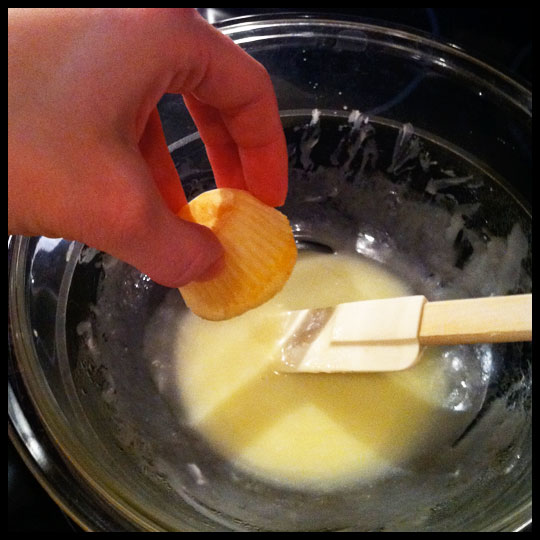 (After making the ganache, I dipped the top of each cupcake.) 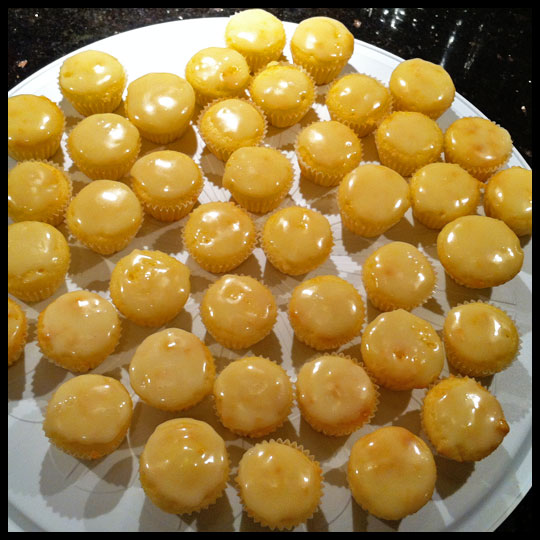 (Now they are ready for frosting!)

Once that was complete, I made the orange buttercream frosting. This recipe calls the frosting a “buttercream,” but it has more cream cheese than butter. At first this concerned me, but the frosting was not too cream-cheesy and instead it had a perfect citrus taste. I added white chocolate shavings to the frosting for decoration, but also found that they help mellow the orange tartness. However, some people who have tasted these prefer the cupcakes without the extra white chocolate because they appreciate the citrus punch.

These cupcakes really are amazing. Adding the ingredients to the box mix makes me a firm believer that all cakes should have buttermilk and sour cream in their recipe. My modifications, with extra orange and white chocolate chips, helped keep the notes of flavor continuous throughout each bite. I typically shy away from recipes that have a lot of steps or require things new to me, but I’m so glad I didn’t this time! If you decide to give this recipe a try, you won’t be disappointed with the results!

Have you ever taken a chance on a recipe that required you to do things you haven’t done before? How did it work out for you in the end?