Growing up, I spent many Saturdays going to work with my dad in Oxon Hill, MD. This meant that Crusader Jenn and I either spent the morning with our Grandmother (who only lived a few minutes away) having tea parties, swimming, and playing rummy cub, or we would relax in our dad’s office reading the hours away. No matter which we did during those mornings, one thing was certain, we would spend the afternoons exploring Washington DC. I have countless memories from our frequent excursions to the museums, parks, and art galleries throughout the DC area.

Despite my vast history with the DC area, I don’t go there nearly enough anymore, which means I don’t visit with my grandparents as much as should either. But I’m working on that and after a recent Sunday afternoon visit with them, I decided to stop by the National Harbor where CakeLove has a location.

To my surprise I realized that I hadn’t been to the National Harbor since it underwent its major redevelopment. I couldn’t believe all the restaurants and shops that formed a little city along the waterfront. The weather was absolutely beautiful and I wished I had more time to wander up and down the docks, browse through shops, and maybe even sit with a coffee or ice cream cone. But I was on a mission. Cupcakes. 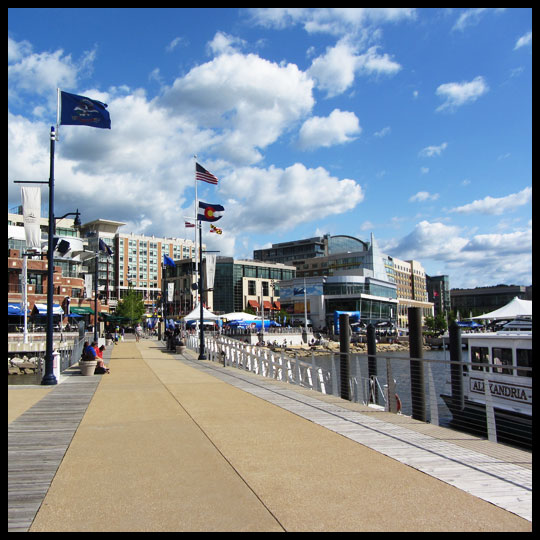 (Look at that blue sky and those pretty fluffy clouds! The day couldn’t have been nicer!)

After wandering around the harbor for a little bit, I headed into CakeLove’s shop and was greeted by a less than enthusiastic woman. They had a good variety of flavors though, so I took a few minutes to make my final selection of a Strawberry Cheesecake cupcake and a Chocolate, Peanut Butter, and Caramel cupcake. 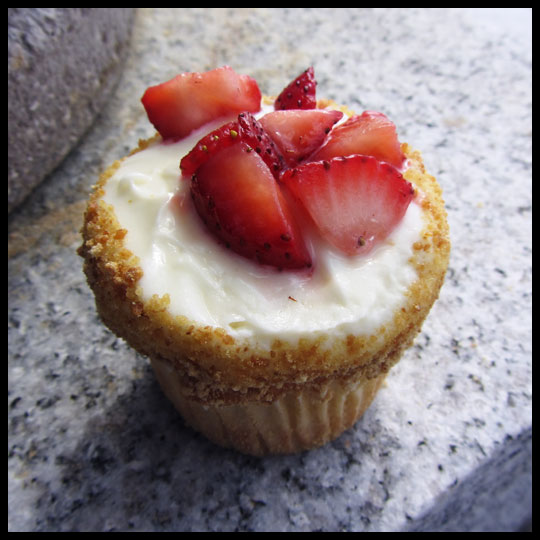 When I first sampled the frosting on the Strawberry Cheesecake I was surprised to find that it actually tasted just like cheesecake. The strawberries added a nice sweetness, just as they do on a typical strawberry cheesecake dessert, but there was something off putting about the cake. It was very dense, dry, and spongy, but not in a light and fluffy way. While the top of the cupcake was full of flavor, the cake itself was seriously lacking.

The Chocolate, Peanut Butter, and Caramel cupcake had this same problem. The chocolate ganache on top was decadent, the peanut butter frosting was light but had great peanut butter flavor, and the caramel added an overall richness, but the chocolate cake was bland, dense, and dry. In the end, I decided to just eat the tops off both cupcakes and discarded the cake portion.

CakeLove is celebrating 10 years of being in business, they have many locations, and the founder, Warren Brown, has hosted a show on the Food Network, written cook books and even been featured on shows like Oprah Winfrey. With all of this hype, I was really expecting more out of these cupcakes, and unfortunately they just didn’t do it for me. Maybe the consistency of the cake was due to the lack of quality control with having so many locations, or maybe it was because they refrigerate their cupcakes? (They say they do this because of health code regulations and so that the cake flavors have time to “marry overnight”, but refrigeration can cause cake to dry out quickly.)

That said, I still really enjoyed my time at the National Harbor. I look forward to returning and spending more time there, and maybe even giving CakeLove another shot. Everyone is allowed a second chance, right? 🙂

9 thoughts on “Sunday visit to CakeLove at the National Harbor”