Guest Crusader Rebecca is back again with a review of Kick*ss Cupcakes in Somerville, MA. Thanks Rebecca!

On a recent trip to Boston with my fiancée, I used the Food Network “On the Road” App to find a good dinner spot. When looking over some options close to where we were staying, I noticed Kick*ss Cupcake right in Somerville, MA. They were featured on an episode of Kid in a Candy Store on Food Network and I KNEW I had to pick up a sample of their cupcake flavors and ask the crusaders if I could write a review!

The store is also a dairy bar serving ice cream and features fresh, local products; they also have a cupcake truck! There were so many appetizing flavors, but we settled on six flavors and one specialty “out of the ordinary” cupcake. They also feature a Deep Fried Cupcake, which you can make into a sundae. As delicious as this sounded, we opted to stick with the seven we already chose to take home. 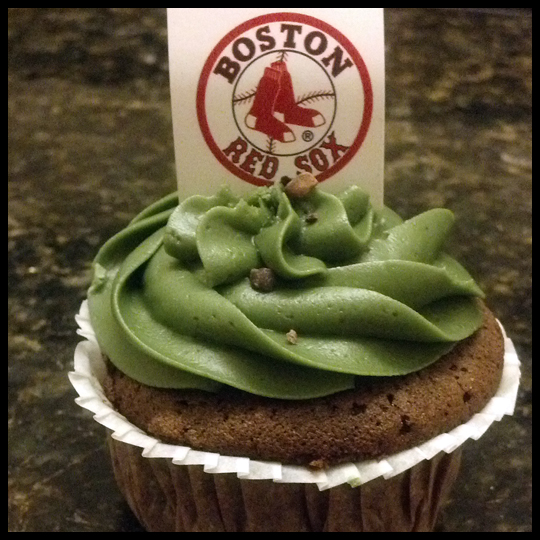 This chocolate cake featured a chocolate beer ganache center with green Sam Adams Cream Stout frosting and coco nibs. This cupcake exceeded our expectations! You could taste every single ingredient, but they also merged together in perfect unison. The chocolate cake was moist and fudge-like, almost tasting like raw brownie dough mixed with stout. It was delicious. 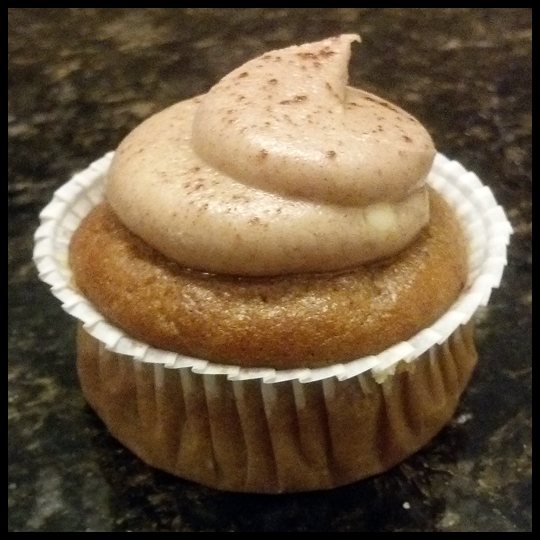 This moist pumpkin spice cake featured a cinnamon frosting, and boy did it pack a great cinnamon punch! The frosting melted in our mouths and this cake was a perfect fall selection. 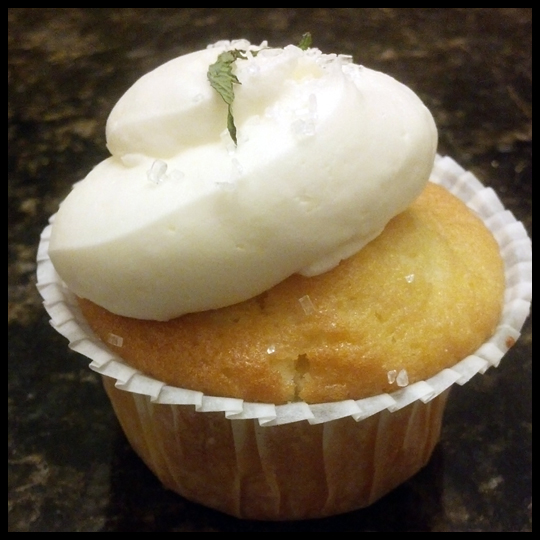 This rum-soaked cupcake has a sugar cane lime frosting with fresh mint. The cake was light, moist and VERY heavy on the rum – almost flammable! The frosting was light, sweet and flavorful. The fresh mint was a refreshing addition, but we would have liked a bit more mint flavor. 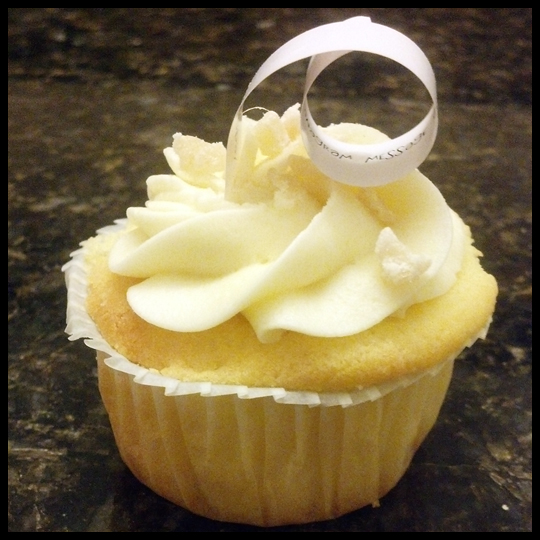 This was a lemon cupcake with white chocolate buttercream and candied ginger, complete with a personal fortune. We really enjoyed the texture and punch of the ginger, adding to the rich buttery flavor of the frosting. I  love lemon flavor and thought this cupcake could have used more. Regardless, the cake was moist and delicious, just like the others. 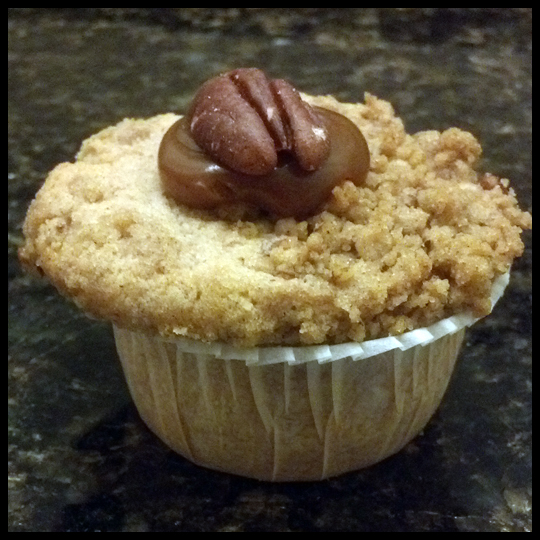 This spiced up cupcake was topped with gooey caramel and a pecan. Even though this cupcake did not have frosting, it had a great spice flavor. It was almost like a muffin, but had a wonderful crunchy texture and was super moist for having no frosting. The caramel on top was also tasty! 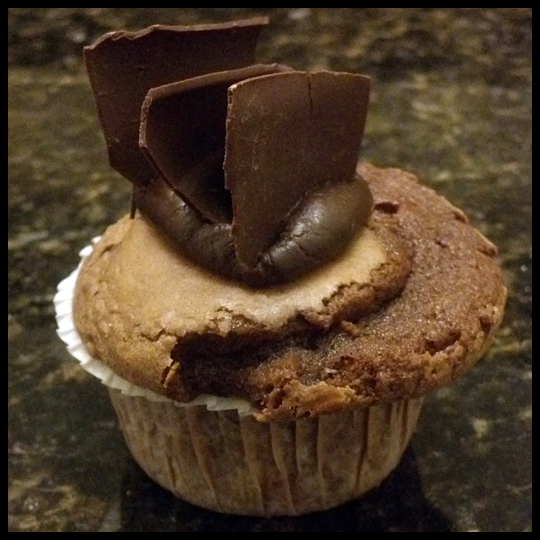 This chocolate brownie cupcake was fudgy, rich and could have easily stood alone without any frosting, but the bittersweet chocolate ganache and chocolate shavings added to its over the top rich flavor and texture variance.

In addition to the four flavors, we tried their specialty, the Cupcake Crisp in chocolate coconut. Their website describes this treat as, “A kicked up twist on the classic cupcake. Crunchy like a cookie then dipped in fine bittersweet chocolate and covered with your favorite toppings.” Even though it had a crunchy outside, it still had a rich fudge taste in the center.

If you ever find yourself outside Boston, make sure to check out this gem of a cupcake shop. With their use of interesting flavors, textures and ingredients, their cupcakes really do kick ass!