Labor day in Baltimore for the past three years has been taken hostage by the Grand Prix race. The race closes over 50% of the roads and, for us locals, can cause a huge headache. Because of this I decided to retreat from my city and trek to another! Lucky for me my boyfriend invited me to Texas with him to visit his friend. Our itinerary was full, including two cities, and of course cupcakes!

Our first stop was Dallas, and it was full of American history and sweet treats. While the boys watched the Penn State game, I rented a car and drove from Irving into the city. My first stop was the 6th Street Museum. The museum is in the Dallas book depository and explores the life and tragic assassination of JFK from that same building. It’s well worth the wait in line if you ever have the opportunity to go. Take the time to listen to all of the audio and watch all of the videos, as it will move and inspire you. (And if you are anything like me, bring tissues, lots and lots of tissues.) 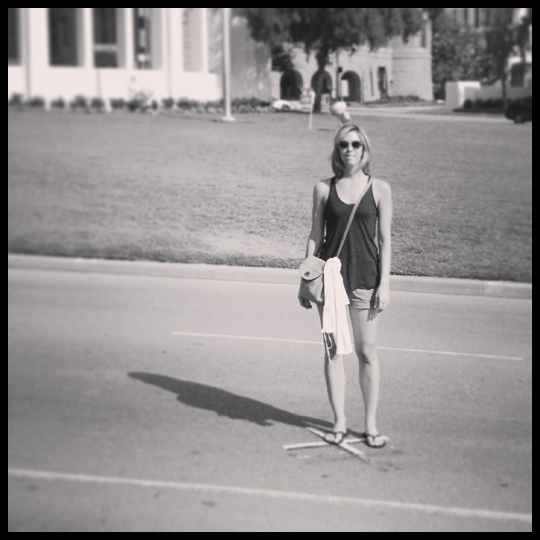 (Standing on Elm Street in the exact spot JFK was shot. Note: You cannot take any photos inside the museum.)

After the museum, I walked to my first cupcake stop, Fluellen Cupcakes on Elm Street. After speaking with the lovely staff, and finding out they had just opened the month before, I chose two flavors to try. 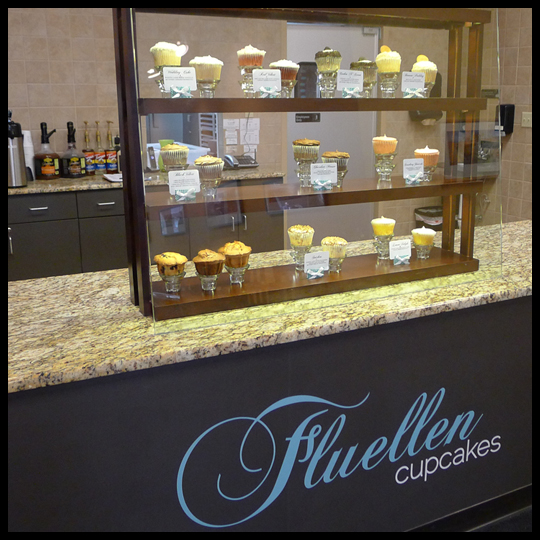 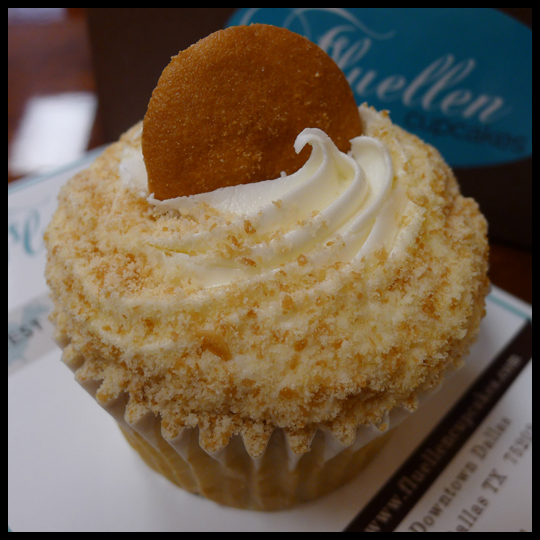 Truly delicious banana cupcakes are an elusive rarity. Often banana cupcakes end up with the texture and taste of a muffin, instead of true cake. This cupcake was one of those TRUE banana cupcakes. No muffin here, just a moist, airy, sweet and banana-y cupcake with smooth cream cheese frosting. The vanilla wafer on top added a nice crunch, all in all, a fantastic cupcake that is not to be missed. 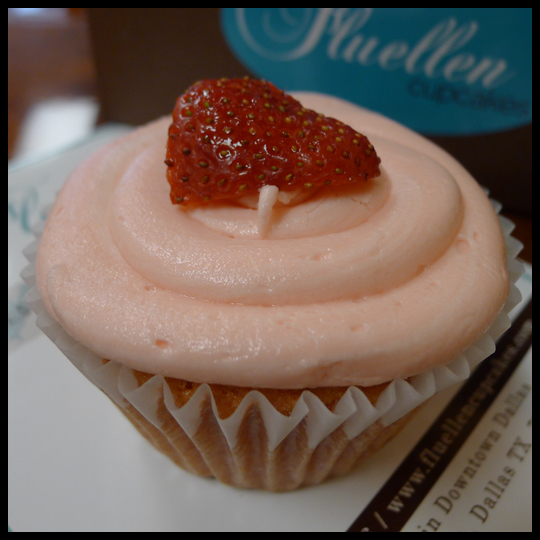 Pink, Pink, Pink… talk about a colorful cupcake! Sweet cake with a subtle strawberry flavor and a strawberry infused cream cheese frosting, topped with a fresh strawberry slice. While this isn’t my all-time favorite strawberry cupcake, it is very good and one I wouldn’t mind eating again.

My trek then lead me to Frisco, an area north of the city, where the “best cupcakes in Dallas” live: Dimples Cupcake Factory. After driving 30 minutes, I walked in the adorable shop and realized the cupcakes looked oddly similar to the cupcakes I had just eaten! After confirming with the staff that the baker was indeed the same, I decided not to get more cupcakes, but to instead get cake balls! And wow, was I glad I did! 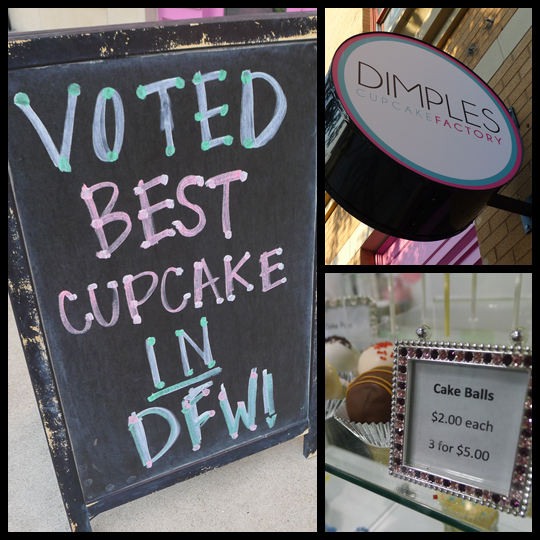 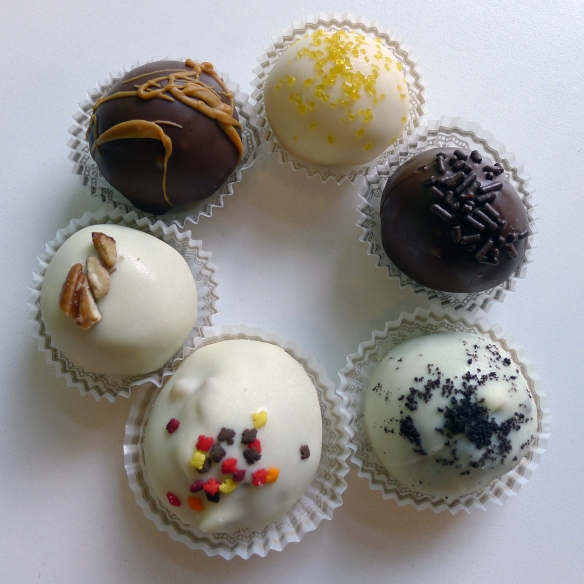 I never thought after eating 6 cake balls, all at one time mind you, I would want more… but I did. These were amazing. My favorites were Maple and Black Velvet, but all of them were fantastic. Moist, packed full of flavor, and perfectly sweet, these were by far the best I have ever eaten and made the drive completely worth it!

Dallas was warm, welcoming, educational, fun, and the cupcakes were great too. It was hard to imagine I would find cupcakes as good in Austin, the next stop on our trek… but you’ll have to wait until next week to find out!