Opening Day at Camden Yards is not an event to be taken lightly in Baltimore City. If you happen to be stuck at work (like me), don’t expect emails in your inbox or the phone to ring, it just won’t happen—or at least not often.

This past Friday was Opening Day and even the local bakeries get into the spirit. Fenwick Bakery never misses a chance to celebrate our city’s sporting events, so on Friday they converted their Fedora (a cupcake baked without a liner, flipped upside down, and then covered in a chocolate shell whose shape mimics its namesake) into an Orioles’ Rally Cap: 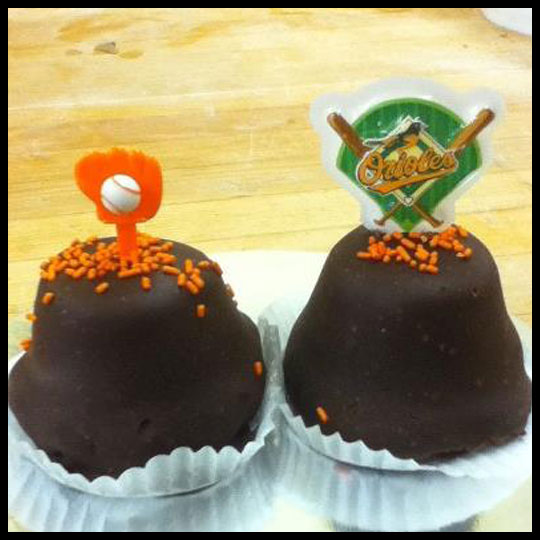 Fenwick Bakery is a true Baltimore bakery (and although their address says Parkville they are still within city limits). According to them, their “love story” began when the two original owners married in 1913 and opened a bakery shortly after (originally named Uebersax Bakery). A century later, it has only had three different owners and still uses original recipes.

When you first walk in, you are immediately struck by the smell of fresh doughnuts. If that’s not enough to put a smile on your face, the two displays filled with baked goods that make up most of their small storefront surely will. But don’t expect any fancy decor or over the top greetings. Fenwick Bakery is a no-frills bakery that only promises to produce fresh, tasty treats. The women behind the counter won’t greet you with an over-the-top smile and perky “hello,” but they will ask you what they can get for you and put your order together quickly. If you are lucky, you might even get called “hon” or “babe.”

Unfortunately we didn’t have a chance to pick up their recent Orioles’ Rally Cap Fedoras, but it did remind us that we have been bad bloggers and haven’t shared ANY of the treats we’ve enjoyed from Fenwick Bakery, including the Fedora.

When we tried the Fedora it had the perfect, rich, moist chocolate cake. The Black Bottom cupcake was the same, and might have been the best Black Bottom I’ve ever eaten.

On our first visit they didn’t have any regular cupcakes, but it wasn’t long after that I decided I NEEDED to try their doughnuts. While there, I saw they had made special Ravens cupcakes for the playoff games (yes that was about 3 months ago…did I mention I’ve been a bad blogger?). 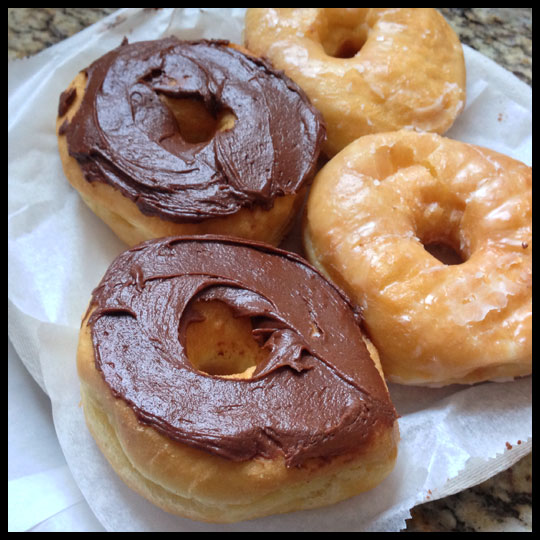 Words can’t describe how unbelievably amazing their doughnuts are. They don’t have a ton of flashy flavors like Dunkin Donuts or Fractured Prune, but they are melt in your mouth amazing. 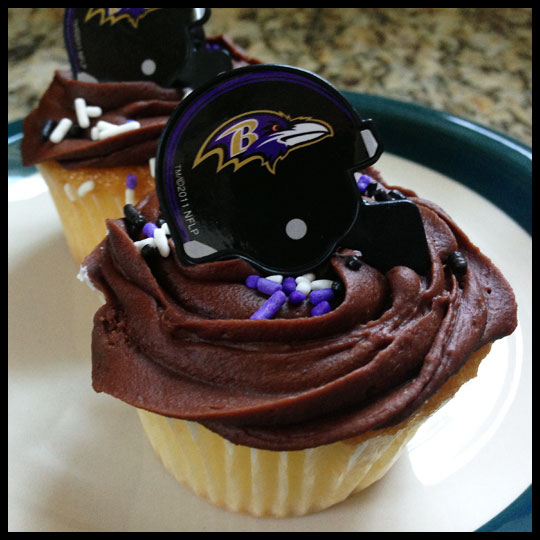 After having a great experience with the Fedora, Black Bottoms, and doughnuts, I had high expectations for their cupcakes. Unfortunately, they didn’t live up to my hopes. The cake was dry and the frosting tasted different than that of the oh-so-wonderful frosting on their doughnuts. I was bummed.

I don’t think I’d get their cupcakes again (never say “never” though, right?), but this down-to-earth bakery still has a lot to offer. And there is no way I can stay away from those crazy-good doughnuts for very long.