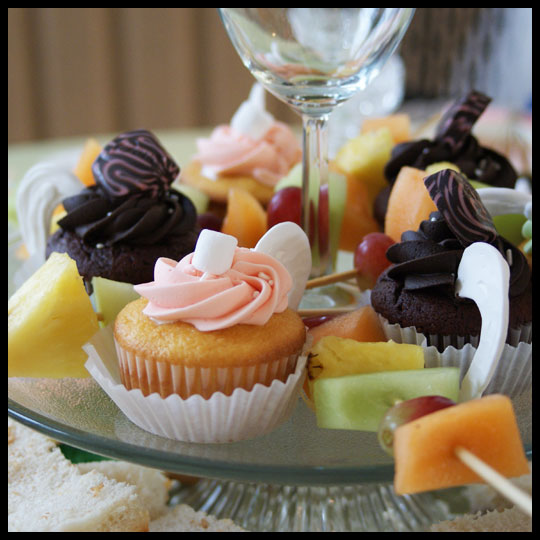 Our friend was putting together a tea party for her daughter’s 10th birthday, so when Crusader Stacy and I were asked if we wanted to help make cupcakes we immediately began brainstorming. We’ve been wanting to host an adult tea party of our own, but this event would have elegantly dressed tables, fun stations for nails, hair and dress-ups, and a photo booth, so we knew these cupcakes couldn’t be ordinary.

(Crusader Stacy and I also got to have a good time with the dress-ups and photo booth. Photo by Kenneth Adam, who donated his services for the day.)

Stacy suggested an idea she found, using chocolate or royal icing to create a “handle” on the cupcakes. After having experimented with royal icing in the past (and knowing how temperamental white chocolate can be), I choose that option. The birthday girl had one request, she wanted the cupcakes to have filling. Since she loved the Chocolate Raspberry Cupcakes we’ve made before, I made those using a different raspberry filling and also made Vanilla Marshmallow cupcakes, a new flavor for me.

The Vanilla Marshmallow cupcakes were very simple. I used yellow cake box mix, added in a packet of vanilla pudding mix, and then filled them with marshmallow fluff. For the frosting, I started with store-bought frosting and added in some extra butter, confectioner’s sugar, and vanilla extract, until the taste and texture was where I wanted it. Then I divided the vanilla frosting into two parts, so that I could match the color to the party theme. 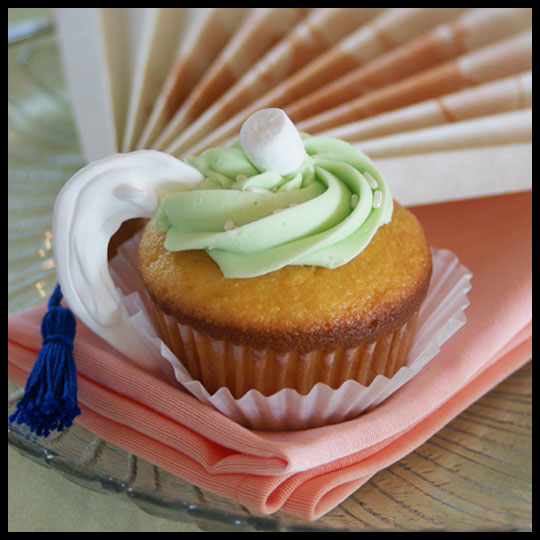 I was really pleased with how the colors turned out. They matched perfectly! The cupcakes were very sweet, but for a bunch of 10-year-old girls, that was good. It turned out to be a very chic party and all the girls had a terrific time! 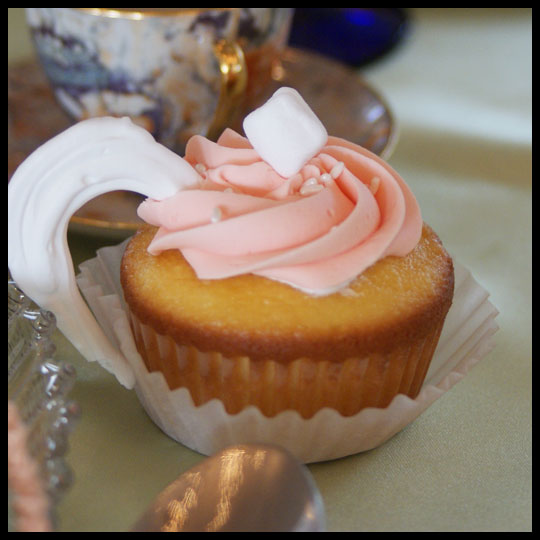 I’ve never been to a better tea party. Even if I was there as “the staff” I had a great time and picked up some ideas for when Stacy and I do finally have our own party.