Over the past month the Crusaders have been working hard to prepare for another series which was supposed to be featured on another blog. Unfortunately, this fell through, so instead, we will be featuring this series on our own blog next month. This series will highlight our Top 5 favorite places outside of Baltimore City (but still within a short driving distance). This means we have eaten A LOT of cupcakes. So, for February, we decided to share some of the new spots we’ve visit, but you’ll have to wait until March to see our final Top 5 picks. 🙂

Cakes Plus is a shop right off of Rt. 198 in Laurel MD, conveniently located near an appointment I had a few weeks ago, so of course I had to stop in and check out the cupcakes! 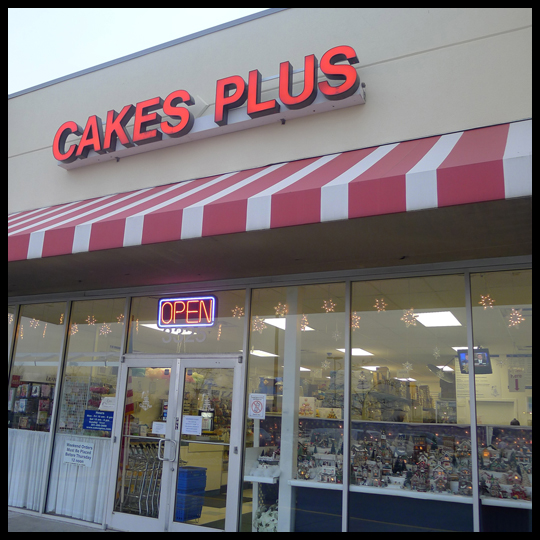 The red and white stripped awning was playful and inviting, as were their very large holiday decorated window displays. At first glance this might look like any other cake shop, but just wait until you walk in! Every cake product, tool, hickey, do-dad, cupcake liner, decoration, etc, you could ever imagine is there! It is a fully stocked bake shop with more cupcake liner options than I have ever seen anywhere.

Once you are in, there are clear signs that tell you where you need to be. I for example, needed to stand in the cupcake line, which was the only line in the shop at the time. There were three people in front of me, and I was very excited to see that even later in the day on a Friday they had a few options left for me to choose from.

The couple behind me assured me that these were the best cupcakes they had ever had, and that this was their third time being back in a month. But my heart sank a little when after making my selections, the staff member tossed the cupcake container into a bag before handing it to me sideways. Where was the cupcake respect?

I decided on four: chocolate cake with vanilla icing, vanilla cake with chocolate icing, lemon, and red velvet. And below are the reviews.

This cake was very “spongy” for lack of a better word. Almost flavorless, it lacked that moist chocolate appeal. The vanilla icing tasted more like confectioner’s sugar than vanilla. While I am not a huge fan of “the basic flavors” I do appreciate any good cupcake, and this is not one I would order again.

Again, the cake was spongy, but this cake was saved by the icing! This chocolate icing reminded me of the chocolate tub icing my mom used to put on cakes or in between shortbread cookies when I was a kid. I could have eaten an entire tub of the icing, but left the cake at the shop. 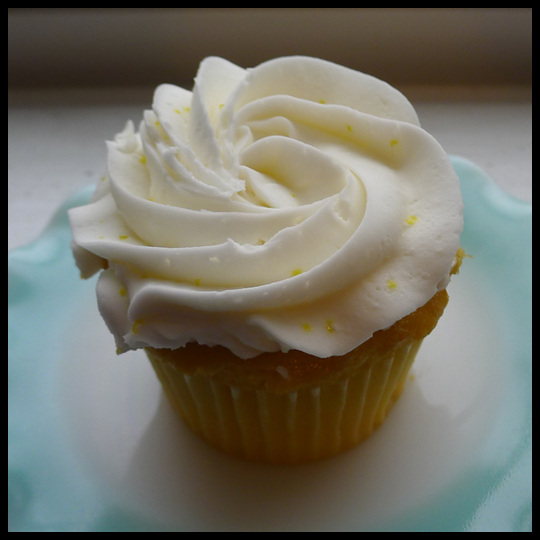 This little cupcake looked so promising, with its hints and flirts of lemony bits in the icing, and yellowish cake. While it wasn’t a complete disappointment, it wasn’t anything that stood out either. The lemon flavor did not shine and the cake was spongy and lacking flavor. 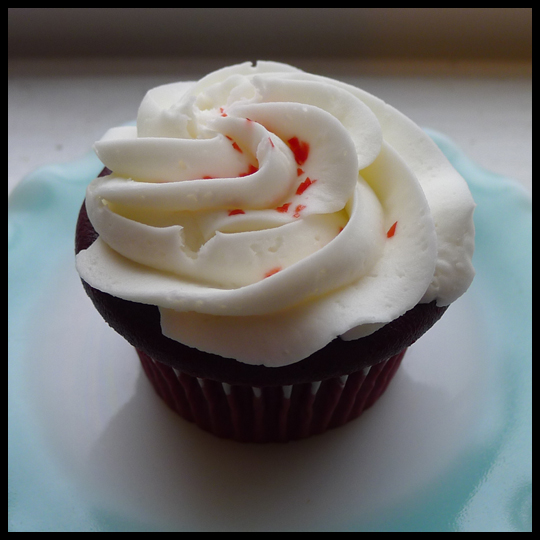 Oh Red Velvet, how you vex me. Simply said: the icing was too sweet and the cake was too spongy and tasteless.

The reviews online are mixed, as are mine: the customer service lacked, but the shop was amazing, the cupcakes were a great price, but they didn’t wow me in any way. It seems as though Cakes Plus is mostly known for their amazing custom and wedding cakes. Maybe in the future I’ll have a chance to sample one of those, but for now, I’ll just stick to getting cupcakes someplace else.